A small release for Gubbdata 2022

We made it, a new baby was released for your viewing pleasure at Gubbdata 2022 : "Back from the dead"

We were able to deliver the baby just in time before the deadline, as Nyke was still working on the intro logo in the evening before.

We wanted to release a quick note intro so we could send out contact details of this website and our new email adresses, without having to wait for our next demo that is expected to be released in 2023.

When I was dumping my old floppies I found an unreleased piece of code from Ludwig that was showing all the group members names using a line drawing morphing technique and we thought that it was a good idea to have it included in this intro, so I started digging into the code (all 100% oldschool monitor code) in order to see how I could integrate some new elements within the same memory space. (spoiler : that was a bit tricky) 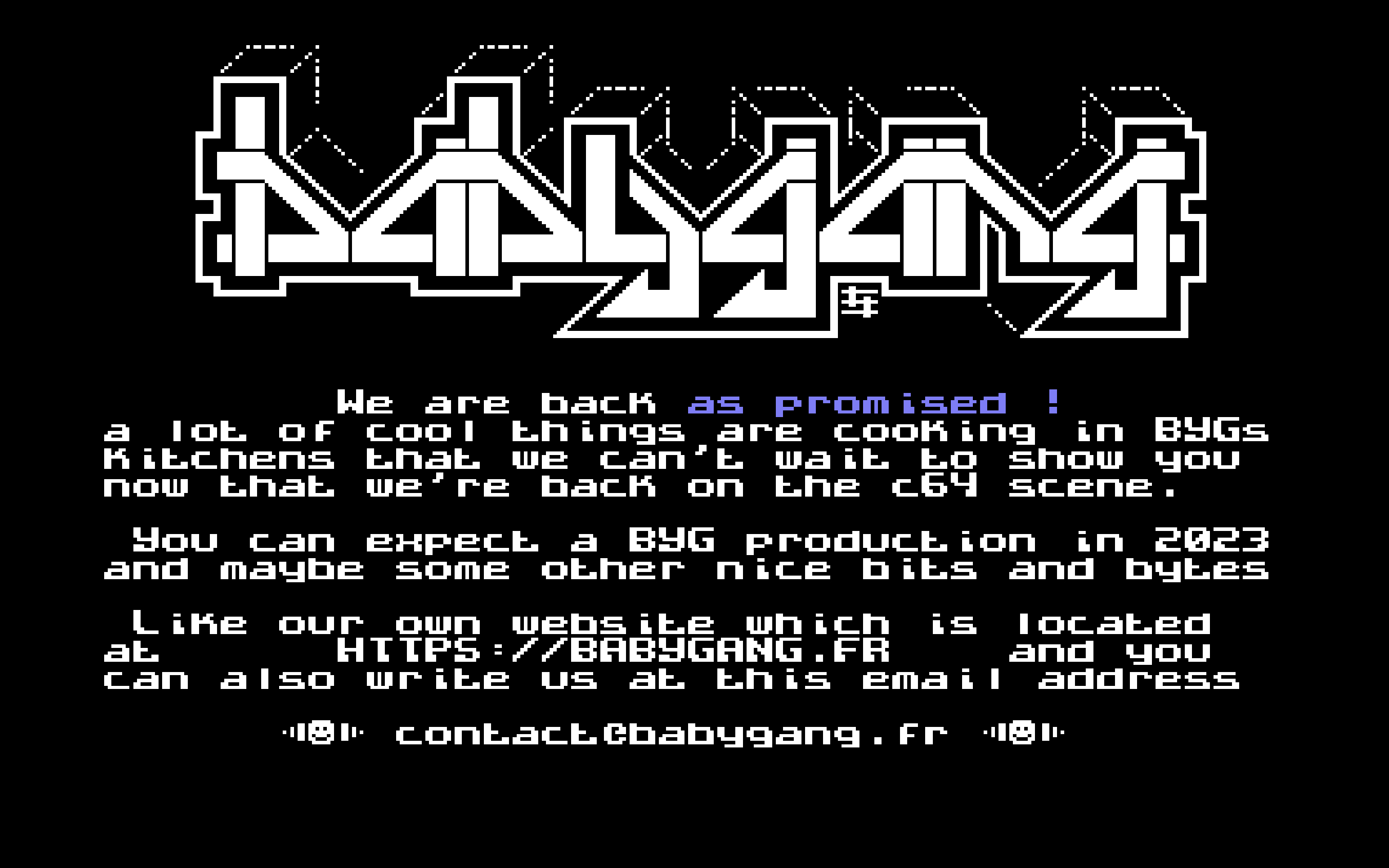 I wanted to use the nice hires black & white logo that Shine kindly made for us and that we liked a lot, along with a large enough space to write some news (using a nice upper & lowercase font by Cupid) : it appeared that even with moving the letters animation at the bottom of the hires screen the total screen estate would be a bit short, so I had to place a part of the logo in the upper border using sprites, to grab some precious text lines.

Apart from the sprites all the screen is hires, allowing for the shitty reveal animation.

Everything is spiced up with another nice tune from Xiny*6581, Shine and Xiny beeing perfectionists they sent us upgraded versions of their work while I was working on the code.

The intro is copying the C64 screen into hires allowing to show the blason made by Nyke in a raster-windowed part which is switched to multicolour. The tagline was added at a later stage, and we included 4 randomly selected taglines : were you able to see them all ?

I added the windows blue screen of dead as a reference to the reset that we put in Anthology, in a less brutal fashion. It's also used to allow the transition to the intro, showing the message while it's decompressing the other part. 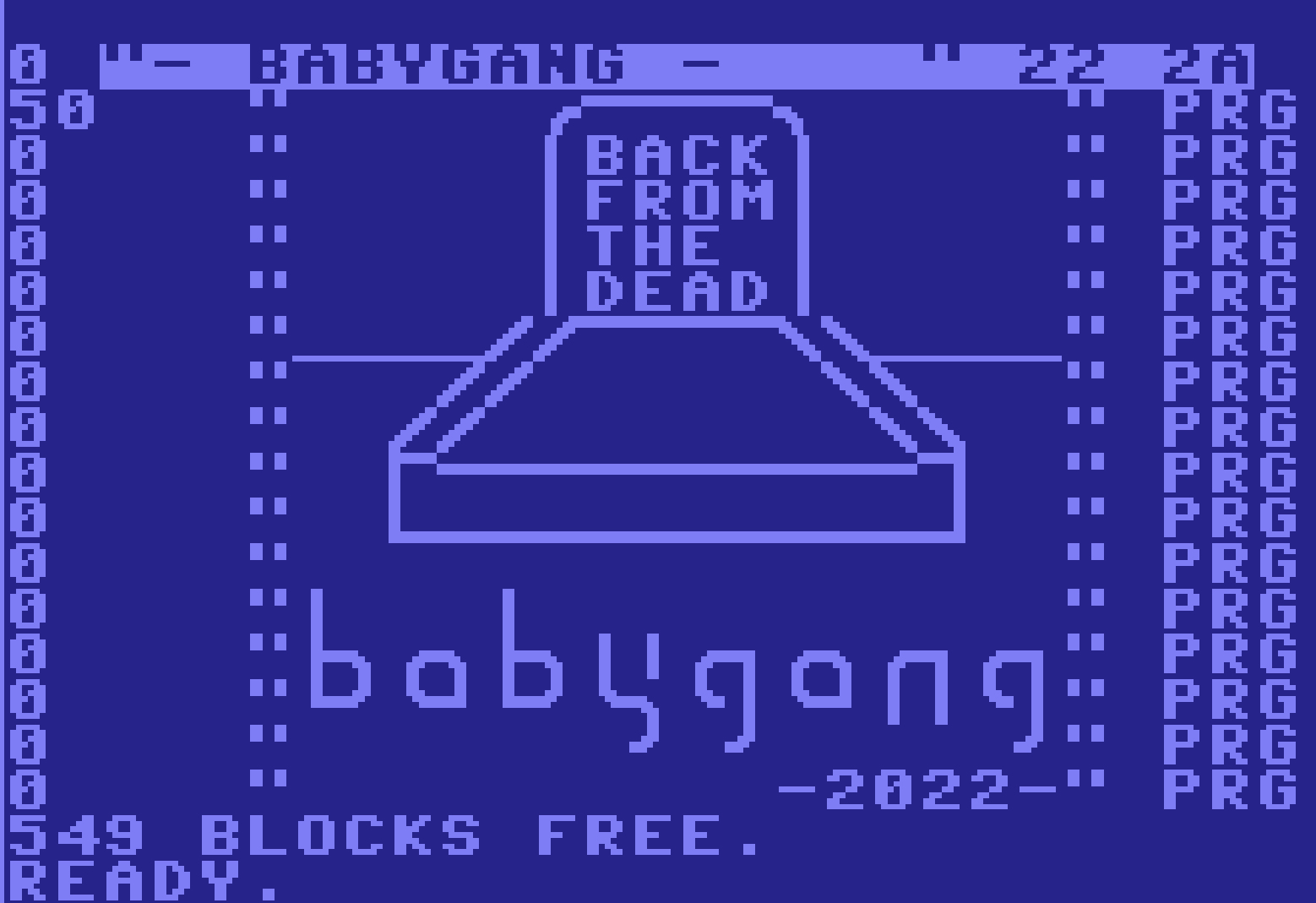 All in all it was nice to be able to send a small intro to update you on our contact info in such a good party as Gubbdata. Too bad that we couldn't make it here and that it was probably the last edition of the party. We can't wait to be physically attending a party, that's been so long.